I remember when my 11th grade English teacher, Ms. Louise Hazebrouck, at Horace Greeley High School in Chappaqua, New York gave an assignment to write about a hero of ours.  She said that in our age, people question the existence of heroes.  She asked us whether we had a hero.

My first hero as a teacher was Mrs. Vivien Ellis at Robert E. Bell Middle School in Chappaqua, New York.  She was my 6th and 7th grade English and Social Studies teacher.  She taught me how to write and how to outline.  She taught me about the Cradle of Civilization.  Most of all, she taught about the right way to do things.  She was a demanding teacher.

My spiritual hero as a teacher is St. John Bosco.  He lived in Turin, Italy during the 1800s and founded the Salesian Order.  When he saw street urchins getting into trouble, he took action.  He created a school and formed community parternships with local businesses so that the children might have apprenticeships and learn a trade.  He wrote an influential book called “The Preventive System” outlining his concept as to how a group of people may work together in education.  He faced opposition in the community and in the local Church.  There are great movies about him.

But you do not have to be a canonized saint to be a heroic teacher.  The Jesuit priest Father T.J. Martinez founded Cristo Rey Jesuit College Preparatory School of Houston in 2009.  He was also a graduate of The University of Texas School of Law.  Cristo Rey Jesuit is part of a network of schools who have a model of study and work partnerships in the community.  When I went to visit the school a few years ago, I attended a mass being given by Father Martinez where some of the students did a sacramental dance.  I had never seen that before. Father Martinez created a great school spirit.  The current president is Paul Posoli.  He has a business background and one might suspect some military.  He knows the name of every student as you see him walk through the school.  He is working on the Spiritual Exercises of St. Ignatius.  He is completely prepared. 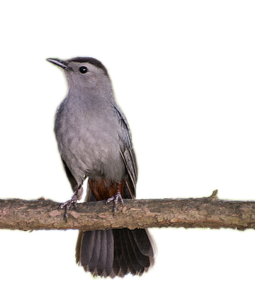 I also have learned about St. Benedict’s in Trenton, New Jersey.  Inner-city Trenton has a high crime rate and a gang problem.  In the middle of it all some Benedictine monks run a school for students who might otherwise face grave difficulties and the school is a smashing success.  It was interesting to me to see that the students start the day in a group gathering just as do the students at the well-known Penn Charter School in Philadelphia.  It is a simple mechanism to develop school spirit.

I also enjoyed another 1950 movie called “El Cura Lorenzo.”  A parish priest bravely goes into a tough neighborhood in Buenos Aires and founds a school for wayward youth.  He is credited with starting the San Lorenzo soccer team, one of the Big Five clubs in Argentina and the favorite of Pope Francis.  He himself has not been named a saint but San Lorenzo is a big name in Argentine history as well as in the Catholic Church.

I remember representing some juveniles earlier in my career and being dismayed to see children in shackles.  It is pretty clear to me that it is possible to choose a preventive approach and give children the love and the opportunity they need.  Test scores are not the end-all and be-all in schools where children are fed their best meal at the school and have dysfunctional home lives.  I remember a District Attorney telling me that she kept a close eye on the juvenile delinquents as she knew they would grow up to commit adult crimes.

The social justice principle of subsidiarity applies well to education.  Communism or even democratic socialism is odious to American democracy because we value the innovative spirit of the individual.  But a community must act as a group together with forethought to address local education issues  that disguise larger ills.

Do you have a hero?  Do you have an opinion?  Send me a letter and I just may publish what you say.

McCollom’s Column: Why I love the law

When I arrived to the law school in the fall of 1985, my mind was a jumble.

One of the high points at the law school for me was the day that a certain law school professor stretched out each of his arms as if he were on a cross with the index fingers pointing out and said, “An attorney must have the ability to hold two separate and equally valid points in his head at the same time.”  I thought to myself that he was well familiar with the jumble.

The first reason that I love the law is that it provides a framework to weigh and evaluate information. There is no question that science or architecture or construction or any discipline teaches you an art and a structure. But I am forever grateful for the tools I developed in law school.

The second reason that I love the law is that the lawyer solves puzzles containing layers of issues. It takes me back to my senior year in high school where the English teacher would read for his class at a certain moment in the year the short story, “The Onion” that beautifully described the layers of the onion.

I greatly enjoy following through on the research trail of a question to conclusion.  By taking advantage of the tools at my disposal, I can thoroughly prepare and present a case.

As a student of history, I have always enjoyed researching an issue.  In history, it is important to keep an eye out for the bias of the author and the date of the writing.  But as an attorney, I am able to delve into intellectual questions that have practical applications.

The third reason that I love the law is because of its majesty and grandeur.  It is interesting to me how even the greatest minds can put themselves before the law.  Even Oliver Wendell Holmes, Jr., the celebrated jurist, wrote a much-derided opinion affirming the right to sterilize certain people.  The greatest attorneys are the most humble.

The fourth reason I love the law is that the court room is a place of justice and safety. The attorneys and the judge behave in a manner respectful of their office so that especially in the federal court you feel as though you are in a church. It is possible to greatly disagree on a point but to nevertheless be civil.

The fifth reason I love the law is that it is so imperfect. Many people believe that the immigration and criminal justice systems are broken. Nevertheless, the American system of justice is the best in the world. I love how the law provides a mechanism for growth and development.

The seventh and final reason that I love the law is because you see the clash between good and evil; between true and false. The attorney may offer a well-presented case to the tribunal but there is no way to know the outcome of the case. I greatly enjoy that uncertainty and the satisfaction that comes from having done your best.

McCollom’s Column*: Discerning a Solution to the Immigration Question

The Cathechism of the Catholic Church teaches that prudence is the “charioteer” of the four “cardinal” virtues. (CCC 1806). Prudence is the virtue that enables a person to discern true good and the right way to achieve the true good.

Webster’s Dictionary teaches us that the word “cardinal” is derived from the Latin cardo, meaning hinge. Therefore, Webster’s first definition of “cardinal” is: 1. on which something hinges or depends; fundamental; principal; chief.

St. Antony the Great defined intelligence as the quality that permits a person to judge what is good and what is evil. An intelligent person thus avoids what is evil and harms the soul and cares for and practices what is good and profits the soul, greatly thanking God. St. Antony the Great was a “Desert Father.” He lived as a monk in Egypt in 250-350 AD.

The word “discern” may be specially used to describe a process of thought, analysis, meditation, contemplation, and prayer in arriving at a solution to a question. One supposes that any larger question in one’s life may be “discerned.” It goes without saying that in the process of the discernment, you seek the counsel of others. But ultimately it is the one person who discerns God’s will in arriving at an answer, or, in secular terms, in discerning the truth.

In contemporary society, the agnostic questions the notion that there is a “true good” or that one may distinguish “good” from “evil.” This notion that there is no “true good” may be disproven in the way people deal with the very tribulations that befall us every day. Peace arrives through an ordered and reasoned response to these perceived difficulties. A virtuous person is equipped to meet these challenges with equanimity.

Prudence guides the judgment of our conscience and enable us to act accordingly. A hallmark of prudence is the lack of timidity or fear in applying moral principles to particular cases for the good.

But how does one arrive at the right thing?

Why is it that some people are so aware of this larger perspective and are great humanitarians and others are not? Why is it that some great social problems go unsolved year after year? Is it because prudence cannot be discussed in a sound-bite?

In the Civil Rights movement, great Americans took courageous action on behalf of African-Americans. Bobby Kennedy, for example, spoke as no other politician since Lincoln in framing contemporary problems in a larger perspective.

The alien has no vote and no influence. Where will we find the leader who stands up for the impolitic?

The United States is a deeply religious country. And even where there is no stated religion, there are deeply spiritual forces at work.

The Congress may yet find the courage and farsightedness to discern a solution to the question of immigration.

It would be refreshing to hear a leader speak in terms of the four cardinal virtues as Bobby Kennedy spoke unabashedly of love.

“For the LORD, your God, is the God of gods, the LORD of lords, the great God, mighty and awesome, who has no favorites, accepts no bribes; who executes justice for the orphan and the widow, and befriends the alien, feeding and clothing him. So you too must befriend the alien, for you were once aliens yourselves in the land of Egypt.” (Deutoronomy 10:17-19)

*In its sports section, the Bee-Picayune in Beeville, Texas published my father’s McCollom’s Column in the 1950s

Welcome to my WordPress blog. I hope you enjoy my essays!

Theme by Anders Noren — Up ↑